The Future of Europe – As Seen Under the Romanian EU Presidency 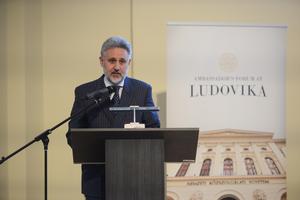 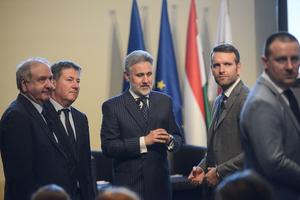 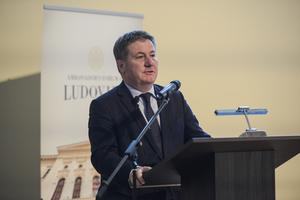 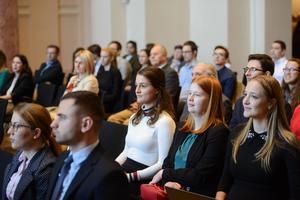 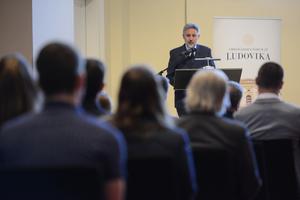 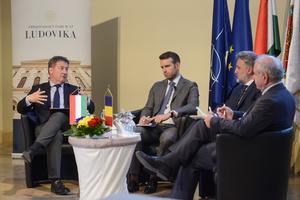 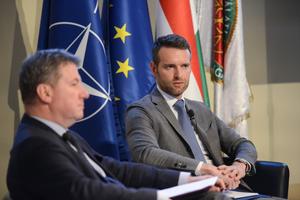 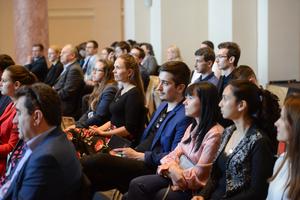 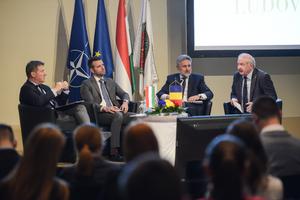 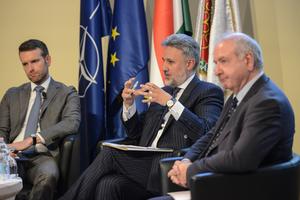 „The Ambassadors’ Forum and its guests show the openness of a university, not only in the field of diplomacy, but also in discussing relevant issues of our times” – was the keynote thought of the evening. H.E. Mr. Marius Gabriel Lazurca, Ambassador Extraordinary and Plenipotentiary of Romania to Hungary was the latest guest of the Ambassadors’ Forum at Ludovika, where he talked about the “Romanian presidency to the Council of the EU - a vision about a European future”.

Gergely Prőhle, head of the Institute of Strategic and Defense Studies said that a bridge must be built between the diplomatic and scientific practices. The EU Presidency always represents lot of challenges, since it is not an easy task to be an impartial mediator in the European Union. In his presentation, H.E. Marius Lazurca talked about the current Romanian presidency highlighting that their aim is to lay the foundations of the bet possible future EU. He presented the Presidency’s program through strategic goals and described the EU’s potential future from German, French and last but not least Romanian perspective. “This period is very challenging for the Presidency because a member state is about to leave the EU, the populism keeps spreading and countries are facing security issues. The Brexit, for instance, puts the future of the EU in a completely different perspective and, in addition, it paints a picture of an uncertain future for all EU member states” - he said. Hence, the Presidency is trying to represent unity, while it is also shaping the future of the community with other member states and EU institutions. In order to preserve the economical status of the EU, it becomes essential to maintain a good and strong relation with the UK after Brexit. “The EU will not only lose a friend, but an important strategic partner and a net contributor as well. All this happens at a time when Europe faces critical problems such as the question of migration” - said the ambassador. According to Romania, the EU needs a budget that meets the targets set. It also has to keep its various policies that undoubtedly prove the value of cohesion. Next to these, it also has to be ready for innovations, has to take a more active stance in digitization, and must be able to defend its borders and population.

“We have to objectively see our present to be able to properly evaluate the challenges of our future” – explained Marius Lazurca. The European Community is weaker and more vulnerable than before, and despite the unified voice of it, it is not that able to maintain its interests in a globalised world. Previously, the EU’s performance represented 30% of the world economy compared to the 20% measured nowadays. This is a significant fallback and a “disturbing sign”. Fortunately, the economy of the EU is stable due to its deep economic and monetary union. Hence, this is the reason why the Romanian Presidency places great emphasis on regaining the EU's economic position. Additionally, Romania aims to strengthen the scientific and technological background of European industries. The ambassador also highlighted that recent events, such as the Russo-Georgian War in 2008 and the Russian intervention in Ukraine questioned European values and credibility at the same time, but also tested the capacity of member states regarding security. This is why it is important for the member states to coordinate their defence policies.

Following the presentation of the ambassador, Attila Steiner, Deputy State Secretary for EU Relations of Hungary, shared his experience from the time when he worked as political advisor in the European Parliament between 2010-2014. “This period overlapped with the Hungarian Presidency. We were just in the middle of a financial crisis, so the main problems and key issues that we had to deal with were already given” - said Mr. Steiner. Similarly to Hungary, Romania is fulfilling the Presidency in a very challenging period.