Deeper insights into the Balkans 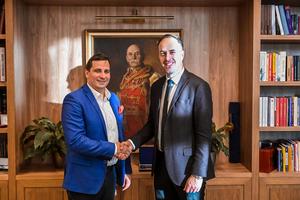 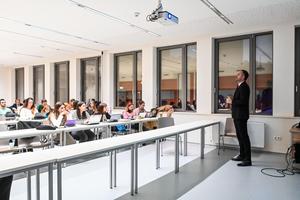 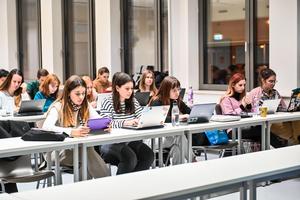 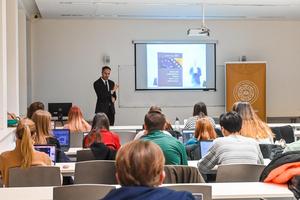 The recent events of the Ludovika Scholars Programme focused on the Balkans, with special attention on Bosnia and Herzegovina. Not only the country's foreign policy, but also its current challenges and the responsibility of the international community, alongside the state-building nations, were on the agenda of the valuable discussions.

Rector Gergely Deli welcomed Jasmin Hasić, associate professor at the School of Science and Technology in Sarajevo, who was the last foreign guest lecturer of the Ludovika Scholars Programme at the Faculty of Public Governance and International Studies this semester. During the meeting, the Rector presented the faculties and teaching activities of Ludovika-UPS and discussed possible frameworks for future cooperation.

In his public lecture, Jasmin Hasić described the circumstances of the creation of the Bosnian state, the particular elements of its constitution and the structures of foreign policy making. He pointed out that the Ministry of Foreign Affairs is far from being responsible for all areas of foreign policy and that some priority areas are dealt with by different ministers. The presentation included a detailed description of Bosnia and Herzegovina's political institutions, an analysis of ethnic relations and an in-depth analysis of the critical challenges facing the country, especially the drastic population decline and the aspirations behind possible secession.

In a workshop with experts Jasmin Hasić used game theory and decision simulation to develop and discuss concrete future scenarios, assessing the evolution of international actors and the relationship of individual states in the Balkans from a new perspective. The workshop was attended not only by staff from our university but also from the Ministry of Foreign Affairs and Trade, the Migration Research Institute and the Institute for Strategic and Defence Studies.

The Ludovika Scholars Programme is scheduled to continue next semester with further guest speakers from the region.