Masterclass on the EU energy situation and the Caspian Sea region 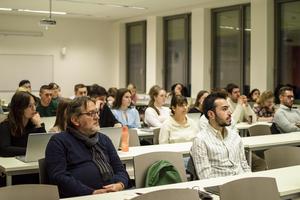 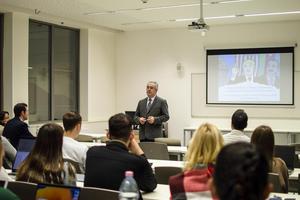 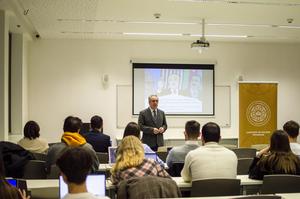 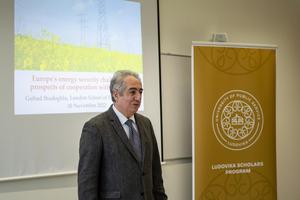 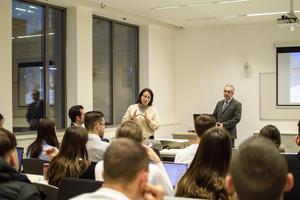 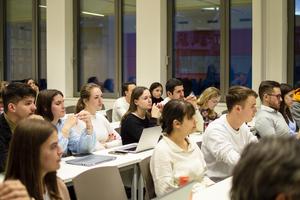 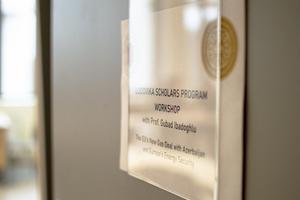 In the framework of the Ludovika Scholars Program, Professor Gubad Ibadoghlu, Research Fellow at the London School of Economics, gave a public lecture and a closed workshop at the Faculty of Public Governance and International Studies. The two events focused on the Caspian Sea region and the energy diversification of the EU that can be achieved from there.

Professor Ibadoghlu has taught at a number of universities abroad, including Rutgers University in the US, the Azerbaijan State University of Economics and Business (UNEC) and Princeton, Institute for Advanced Studies. In his lecture at Ludovika – UPS he gave a detailed presentation on the economic, social and political situation in Azerbaijan and its region. He outlined the impact of the geopolitical strategy of the two great powers, Russia and Iran, on the region, especially in terms of the international space for manoeuvre of the mineral-rich region. The vast majority of the revenues of the states in the region are linked to oil extraction and other natural resources, but their exploitation is raising increasingly serious political and redistributive questions. In this context, the professor also spoke about the centralised political-social structures of the oil countries and some elements of democratic deficit, in particular high corruption rates in the so called rentier states.

The discussion then focused on Europe's energy security challenges and the prospects for cooperation with Azerbaijan. The workshop was attended not only by staff from our university but also from the Ministry of Foreign Affairs and Trade, the Migration Research Institute and the Institute for Strategic and Defence Studies. From what was said and from public data, it became clear that there is a major shift in European supply, the share of Russian pipeline gas in EU imports is rapidly falling. The EU and its Member States are looking for alternative sources of supply, which has led to the development of the RePowerEU Strategic Plan. During the discussion, the participants expressed the view that at the moment parts of the planned gas imports from Azerbaijan can only be provided by Moscow, what may suggest that Brussels' diversification efforts could be to some extent futile and that in fact a green transition may be more likely to deliver reassuring results for the EU's plans.