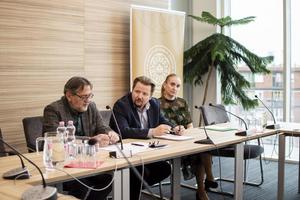 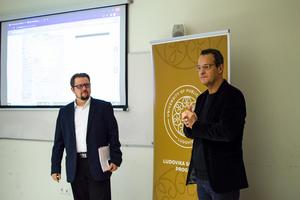 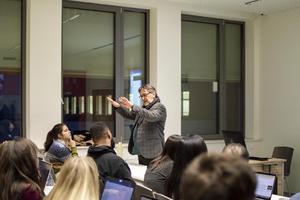 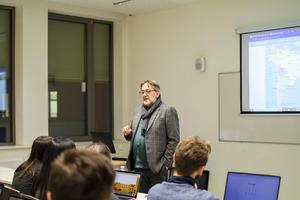 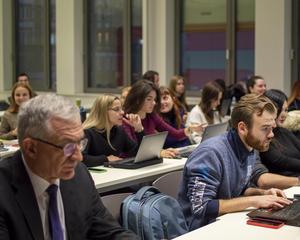 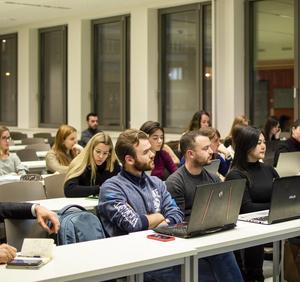 In the framework of the Ludovika Scholars Program, Slobodan S. Pajović, Founding Dean of the Faculty of Social Sciences of the University Business Academy, Belgrade, held a public lecture and a scientific roundtable discussion with representatives of professional organizations at the Faculty of Public Governance and International Studies. The two events focused on the policies of Central European countries, especially Serbia and Hungary, towards Latin America. The conclusion of the events was that it is a very serious option for these two neighbouring countries to address together, with openness and initiative, the huge potential of this seemingly distant region.

During the public lecture, Professor Pajovic presented the background of academic research focusing on the Latin American region and gave an introduction to a better understanding of the countries. In particular, he highlighted the historical background of social, economic and political processes. He not only analysed the diversity of the concept of Latin America through practical examples, but also illustrated the geographical complexity of the region. In the second half of the lecture, Slobodan Pajović discussed the difficulties caused by the Cold War's great power politics, and the role of the "wasted decade" in today's socio-economic situation. He then described the impact of neo-liberal economic policy reforms in the dismantling of welfare states and the new political environment created by the conditions dictated by the Washington Consensus. He discussed the changes brought about by the United Nations Economic Commission for Latin America and the Caribbean (CEPAL) and the challenges of the 21st century.

In the workshop with Hungarian think tanks, Slobodan S. Pajović spoke about the focus of Serbian foreign policy on Latin America, while Hungarian foreign policy relations with the countries of the region were presented by Mónika Szente-Varga, associate professor of the Department of International Security Studies at Ludovika-UPS.

The conclusion of the events was that the countries of the Latin American region are interested in open and unconditional cooperation and that it is worth addressing the countries as a common region.