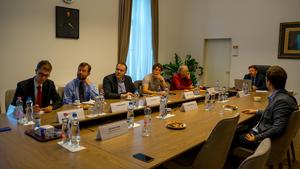 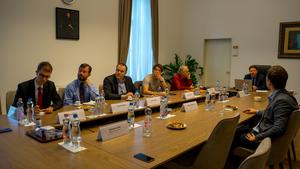 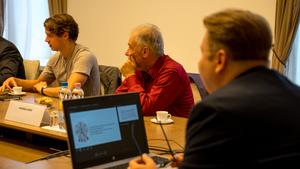 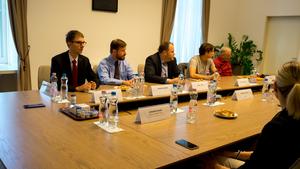 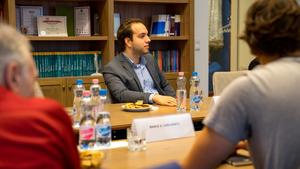 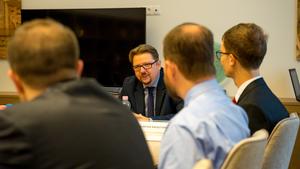 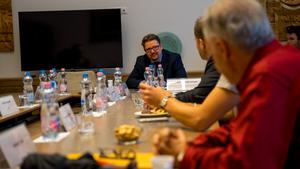 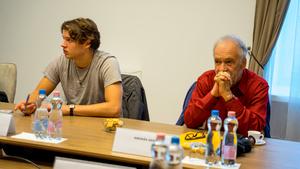 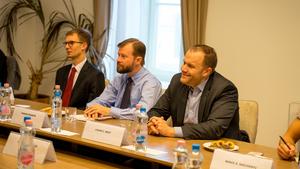 On 16 September 2022, within the framework of the Budapest Fellowship Programme, in collaboration with Mathias Corvinus Collegium, Ludovika-University of Public Service welcomed four American Scholars.

The day at UPS started with a series of presentations about Ludovika by Péter Krisztián Zachar, vice-dean for international affairs at the Faculty of Public Governance and International Studies. Dr Zachar clarified the importance of the University, the process and mission of teaching and preparing future governmental and state personnel for service, and presented the institution's history, current direction, and structural system.

Followed by Dr Zachar, András Gerő, professor of history at Eötvös Loránd University (ELTE), delivered a brief but fascinating lecture about nationalities and the Hungarian Parliament between 1867-1918. He talked about the parliamentary and political relations during the Austro-Hungarian Monarchy and the situation of different nationalities in the empire. Prof Gerő also explained the symbolic importance of the Holy Crown and its effect on people's ideology in the given era. He briefly mentioned the territorial situation of the empire before and after the Great War and the two wars' direct influence on immigration from Hungary, especially to the United States of America.

Finally, yet importantly, Balázs Péter Molnár, vice president of Mária Kopp Institute for Demography and Families, gave a presentation about Hungary's current family policy. He highlighted the main areas protected by Hungary's Fundamental law, such as the protection of marriage, the state obligation to support having children, human dignity, and the protection of the foetus. He also described the various demographic changes in Hungary from the 1950s, parallel with the state's changing attitude to abortion programmes, family-friendly programmes, state support and benefit programmes.

After the presentations, the Fellows entered scientific discourse with the presenters about their respective topics, showing great interest in them.

At the end of UPS Day, the fellows were shown around in the campus. The success of the event and the fellowship programme itself is inarguable. This cooperation with UPS, MCC and foreign scholars is a perfect example of the effort shown toward the internationalization of the Hungarian public sector.