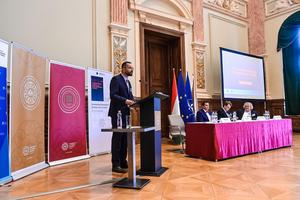 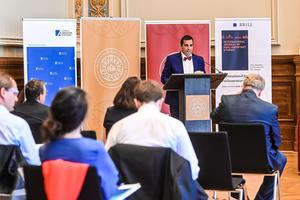 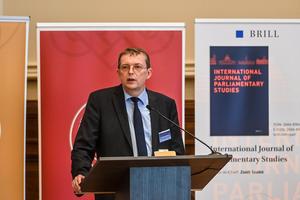 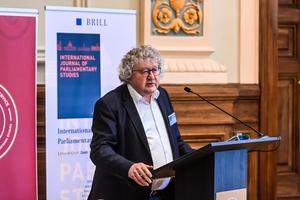 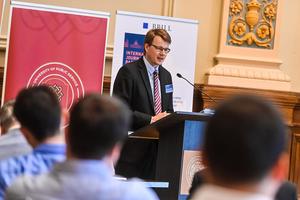 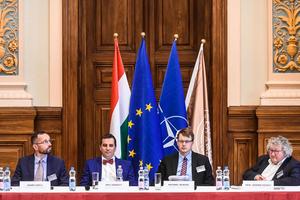 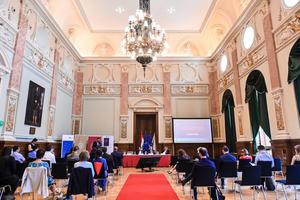 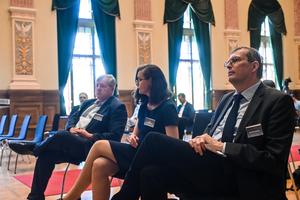 The Global Conference on Parliamentary Studies was organized at the University of Public Service (UPS) between 12-13 May. The two-day-long international event, which brought together researchers and students studying parliamentarism for the sixth time, was opened on 12 May by Gergely Deli, Rector of the UPS. In his greeting, he emphasised that the University had permanently attached great importance to scientific efforts focused on democracy and the principles of the rule of law and international cooperation.

The speakers of this year’s conference are truly global: they represent 15 countries from 4 continents. The issues of the contributions show a wide range of the most recent results of parliamentary research. The presentations were arranged in the following sections:

It is planned that each year scholars of parliamentary studies, an emerging interdisciplinary field of scholarship, come together to share ideas, viewpoints and findings on parliamentary and legislative issues.

Michael Winzer, the Hungarian representative of the Konrad-Adenauer Foundation - which sponsored the conference - also greeted the audience. He drew a parallel with the situation in Hungary, pointing out that the weak opposition is not an unknown phenomenon in the history of German parliamentarianism. He pointed out that Germany has a long history of grand coalitions, which have sometimes even put the opposition in parliament out of the picture. In this context, he said it was important that the parliament should remain a forum for political debate.

Zsolt Szabó, a Senior Research Fellow at the Department of Constitutional and Comparative Law of the UPS, first thanked Rector Deli and Konrad Adenauer Stiftung for supporting the conference. He emphasised that while discussions on such topics often focus too much on the countries and issues of the so-called "global North", the participants of this event represent many more regions of the world, including India and Africa. He added that "a parliament is not only a subject of scholarly research. It is a live arena of the sport called politics, and at the same time, a working place for many people, the civil officers or clerks. This implies at least three roles, MPs, administrative staff and scholars, with mutual suspicions and incomprehension. Besides the researchers, parliamentary staff members were also invited to the conference.

Philip Lord Norton stressed that, among the formal processes, the study of behind-closed-doors caucuses and party group meetings could contribute to researchers, providing valuable insight into subsequent decisions, but they are less accessible to researchers. The lecturer used personal examples to illustrate the possible functions of party groups, including political debate, managing internal tensions, representing the interests of members, learning unwritten rules and influencing party policy. He stressed that informal space could also have accurate political weight, disregarding what cost Margaret Thatcher's prime ministry. The professor acknowledged that British examples are not universally applicable to all parliamentary systems. However, he also described them as a possible starting point for international research.

Afterwards, Werner Patzelt, a Professor at the University of Dresden, presented the history of parliaments and the development of parliamentarism. He explained that parliaments had had different meanings throughout history, both in structure and function. For example, it may have been a body convened periodically, with or without fixed rules, or meeting regularly. Its decisions may have been binding or subject to override by the ruler. Reflecting on the current state of parliamentary research, he pointed out that, while it has done well in several areas, such as the study of modern democratic parliaments or the development of parliamentary taxonomies, it has so far failed to make broad historical comparisons, to examine non-democratic (or 'pre-democratic') parliaments, or to develop theories of development that go beyond analytical narratives.