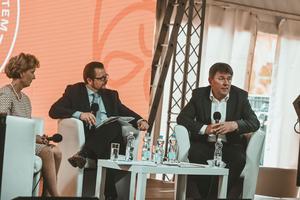 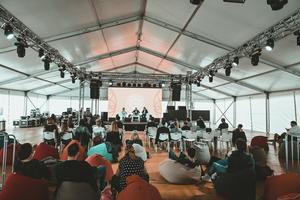 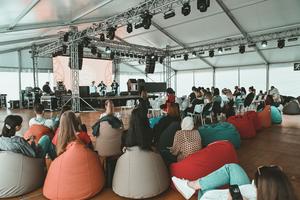 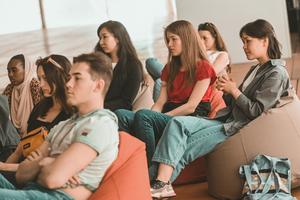 Language skills, adaptability, managerial attitude, continuous learning and a high degree of openness are the necessary features for a successful diplomatic career - was revealed in a Free University discussion held within the framework of the Ludovika Festival.

As part of an extraordinary event, Dr Susanne Keppler-Schlesinger, Deputy Director of the Vienna Diplomatic Academy and Miklós Lengyel, Deputy Secretary of State for International Training Programs, presented the diplomatic training structure in the two countries and talked about essential skills and abilities of the 21st century. In the panel discussion it was stated that the Vienna Diplomatic Academy has open courses for everyone, preparing young professionals for their careers, focusing on international relations, political science, international and EU law, economics, history and languages. The two primary programs of the Hungarian Diplomatic Academy are also implemented in cooperation with the University of Public Service. In addition to the Diplomatic Leadership Training program, the Training Program for  Diplomats prepares future Hungarian diplomats based on pervasive theoretical and practical knowledge.
In the conversation, the participants showed, with their personal stories and anecdotes, that the diplomatic career is not only a series of glamour, receptions and champagne but also an extremely stressful profession. It generates severe psychological difficulties and requires the ability to act, make quick decisions even in emergencies, have a sound knowledge of the situation, and be willing to compromise politically. Susanne Keppler-Schlesinger underlined that her classical music education was a great asset during her years with the UN in New York, providing her with a strong base for maintaining balance and finding harmonies and mediating between different delegations. Miklós Lengyel, based on his experience as a Korean Ambassador, drew the audience's attention to the necessity of the knowledge of local cultural and protocol rules, language adaptability and the need for continuous learning.
Before the panel discussion Dr Susanne Keppler-Schlesinger was welcomed by Gergely Deli, Rector, Boglárka Koller, Vice-Rector for International Affairs, Péter Krisztián Zachar, Vice-Dean for International Affairs, Head of Diplomatic Leadership Training and Bernadett Antal, Head of the International Office. During the informal discussion, they discussed the training profiles of the two institutions and the Austrian and Hungarian higher education experiences in the postgraduate fields.