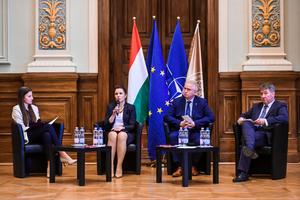 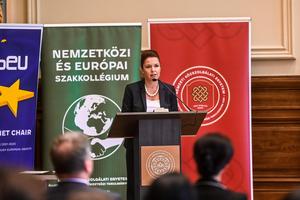 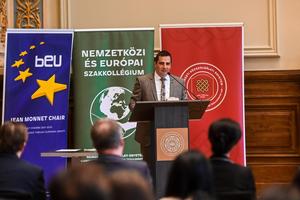 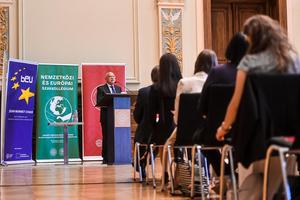 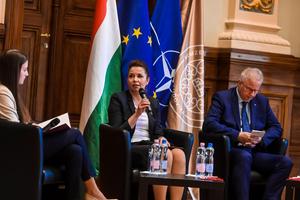 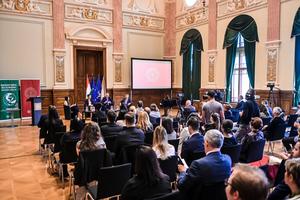 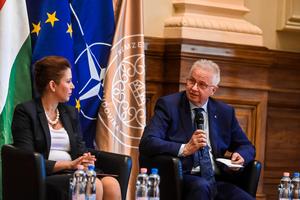 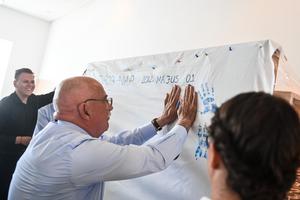 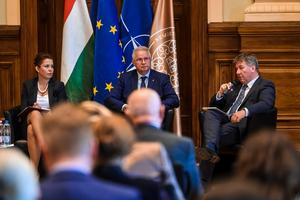 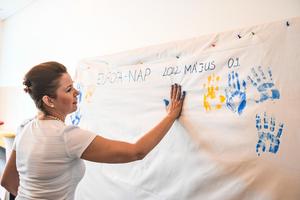 Europe exists in a changing global economic and political environment; the celebration is bittersweet because of war. Still, the crisis holds the potential for a continental rebirth - which was expressed at the Europe Day Conference in the Széchenyi Assembly Hall on the 72nd anniversary of the declaration of the Schuman Plan, which laid the foundations of the European Union. Hungary joined the Union 18 years ago. The conference speakers presented the journey Hungary has taken since 2004, the challenges of today, and the EU's future.

As a member of the Western alliance of values and interests, Hungary's task is to play an active role in shaping the future of the European Union, and the anniversary is an opportunity to take stock and plan for the future. "Just like Hungary, our university is openly embracing its European identity, representing the traditional values of European culture and believing in the importance of preserving them", Rector Gergely Deli opened the conference. According to the Rector of the University of Public Service, what makes us European is our history, respect for fundamental human rights, gender equality, and freedom of expression. According to the Rector, integration was the guarantee of peace and has evolved into cooperation, but now, with war raging in our neighbourhood, this must be followed by action.

The desire for peace has returned to Europe as a fundamental need," said Boglárka Koller, Vice-Rector for International Affairs. In her view, the current conflict shows that Europe is unable to extend its values beyond its borders, which is due to the lack of a standard foreign policy. The conflict has also broken the cohesion between Visegrád cooperation.

We will not forget 24 February 2022, and "looking back, we will know that Europe and the European Union have reached a real epochal threshold", said Boglárka Koller. She added that in these times, culture, faith, and identity give hope to the continent and that the crisis holds the potential for rebirth, so despite the circumstances, there is reason to celebrate Europe.

"Europe is declining, but it always survives", said János Martonyi, referring to the most successful process in the continent's millennial history, the extraordinary story of European integration. "There is no more time to wait; Europe must create its own security and defence dimension, with all its elements", said János Martonyi, who argued for the concept of strategic autonomy for the standard foreign, security and defence policy. All this must be built not against NATO but within the framework of North Atlantic cooperation. In addition, the creation of the single market must be completed, efforts to undermine it must be rejected, and ideological aspects that spill over into daily politics must be taken off the agenda.

A panel discussion on the European Union's role in the changing geopolitical space was also held at the conference. According to Boglárka Koller, although a state can adequately respond to the war conflict, the current "external shock" has brought member states together, and unified responses have been developed. Still, there is no complete unity today in the absence of a standard foreign and security policy. According to László Trócsányi, former Minister of Justice and Rector of the Károli Gáspár University of the Reformed Church, there is no way to win for neither the fighting parties nor Europe. Gergely Prőhle, director of the Institute of Strategic Studies, spoke of unity against external threats and the strong emergence of national interests and called the different perceptions of "victim and perpetrator" in the internal communication of some member states striking.

On Europe Day, the Jean Monnet Chair photo competition winners were awarded. "What does Europe mean to you?" was the competition's title, which was advertised by the Department of European Studies of the Faculty of Public Governance and International Studies in cooperation with the International and European College for Advanced Studies. The competition was open to students and academic staff alike. It was open to entries from individual and subjective perspectives on the history of Europe, its cultural and national traditions, the process of European unity, European integration and the challenges facing Europe today. According to the jury's decision, the works of Ekaterina Popova, PhD student, Fanni Kiss, a university student and Zoltán Pálfalvi, editor and presenter of Ludovika TV, were the best, and all three received Ludovika gifts. The event ended with a flash mob, where participants made hand-painted EU flags.

Read more about the conference in the Bonum Publicum, volume expectedly published in June.