Ambassadors' Forum: a Japanese evening at the Ludovika 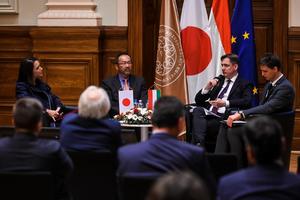 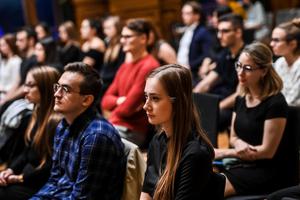 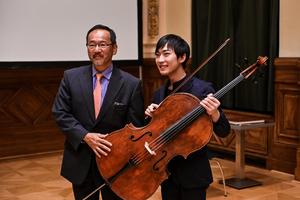 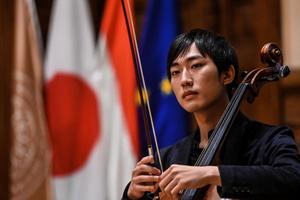 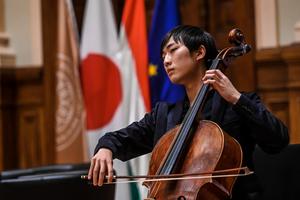 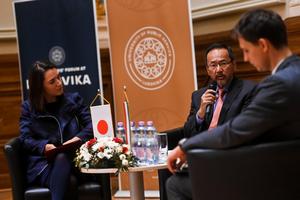 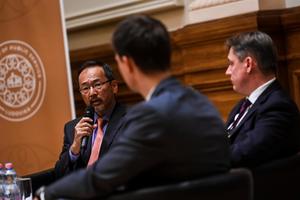 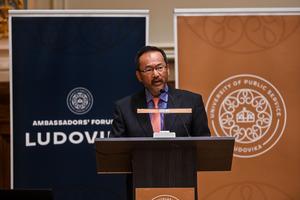 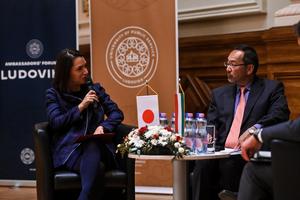 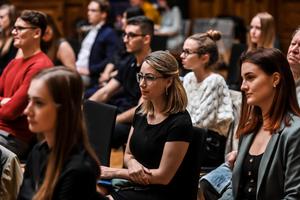 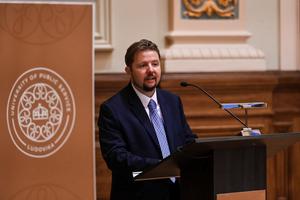 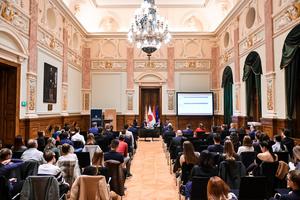 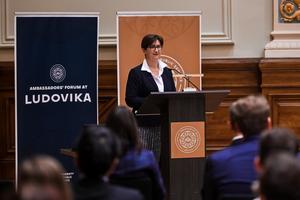 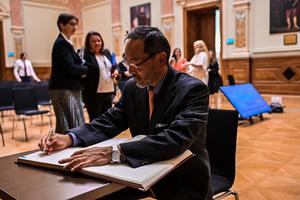 The Ambassadors' Forum of the University of Public Service’s (UPS) International Directorate continued its series of events with an evening on Japan, where not only Hungarian-Japanese relations were discussed, but also the pillars of Japanese diplomacy and the Summer Olympic Games.

In his welcome speech, the Vice-Dean of the Faculty of Public Governance and International Studies of the University of Public Service, Péter Krisztián Zachar said, that the University has always attached importance to the teaching of Japanese language, and as a result, many students have won scholarships and achieved outstanding results in professional competitions.The Ambassador Extraordinary and Plenipotentiary of Japan to Budapest expressed his regrets that he had not yet been able to see everything of our country due to the restrictions imposed by the coronavirus epidemic.

In his presentation, Masato Otaka said that the current elections in Japan left it open to speculation as to what will happen in bilateral relations. In his address, in connection with the opening speech of the International Vice-Dean, he highlighted the importance of the one hundred and fifty years of diplomatic relations celebrated in 2019 and added that six companies operating in Hungary have signed strategic cooperation agreements with the country. The Ambassador also noted that most of the companies are concentrated in Budapest, the most important of which is the local subsidiary of Suzuki. "I hope we can continue to have good economic relations with Hungary," he said.

Outlining the main pillars of Japanese diplomacy, he said that the most important strategic point was the strengthening of US-Japanese relations, in which the strengthening of the security cooperation played an inevitable role. "The maintenance of the alliance with Australia, India and the United States of America is a priority in order to safeguard order in the Indo-Pacific region," said Masato Otaka. Cooperation with the European Union is also an important aspect of Japan's foreign policy, and relations with neighbouring countries (China, Russia, South and North Korea) should be cultivated to the best of our ability.

The Ambassador's presentation was followed by a round table discussion, where the participants discussed current challenges not only in the Hungarian-Japanese but also in the international arena. The Mol Group's Senior Adviser and former Deputy State Secretary for Foreign Affairs highlighted the importance of the relationship by analysing the opportunities for cooperation between the European Union and Japan. In response to a question from the head of the International Directorate’s International Office of the University of Public Service, who was moderating the discussion, Péter Wintermantel said that the role of multilateral relations, such as NATO and the United Nations (UN), is becoming increasingly important today, and that deepening Japan's cooperation at this level could have positive effects in the near future.

The Japan expert of the Department of International Relations and Diplomacy of the University of Public Service’s Faculty of Public Governance and International Studies stressed, that the country is able to turn economic development into solving social problems. András Bartók, following Péter Wintermantel’s comments, spoke about the inevitability of NATO, the EU and the UN, noting that closer cooperation can be rewarding for all parties. Masato Otaka said, "As diplomats, I believe we should talk about what is a priority in our external relations" and not plan the next steps by analysing documents, the ambassador stressed.The evening concluded with a performance by cellist Yosuke Shimizu, a student at the Liszt Ferenc Academy of Music.