Respect for the Heroes 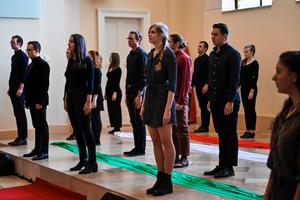 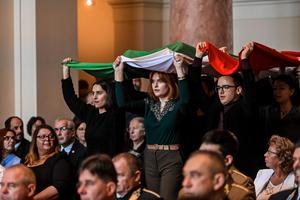 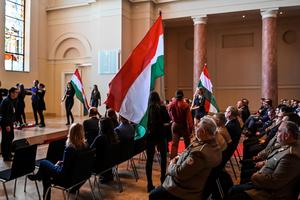 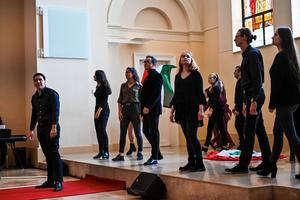 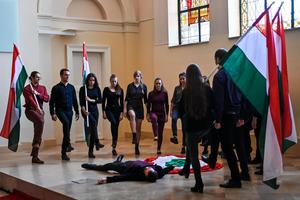 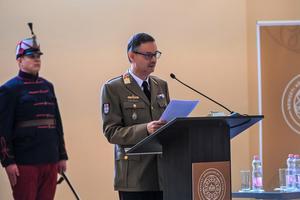 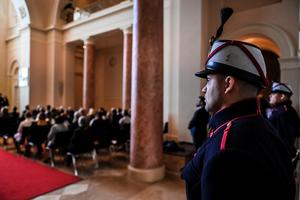 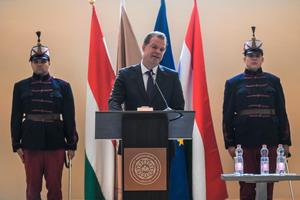 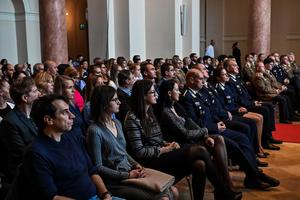 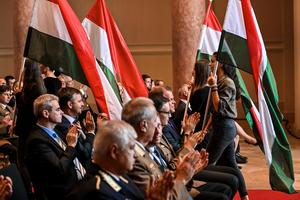 "We owe a great debt the of gratitude to those who, as members of the People's Army, sided with the revolution in that political situation, gave their lives for it even after the supression of the Revolution and the War of Independence, knowing that their military careers will come to an end", said the Rector of the University of Public Service (UPS) at the commemoration ceremony held on the occasion of the sixty-fifth anniversary of the 1956 Revolution and the Freedom Fight in the St. László Chapel of the UPS’s  Ludovika Main Building on 22 October.

András Koltay pointed out that we can all ask ourselves: what would we have done in October '56, how would we have behaved in a situation where people had to risk their lives, their freedom, their family security for Hungarian freedom? He added: decades later, the Revolution and Freedom Fight won at the cost of enormous sacrifices, and it was the sacrifice of those who fought the Revolution that made Hungary's freedom possible.

At the end of the Second World War, the Soviet troops invading Hungary were followed not only by members of the Hungarian Communist Party (MKP) in their occupation of Hungary, but also by the establishment of the Soviet command and control system within a short time. The Soviets treated the country as occupied and hostile territory, and the presence of their army in 1945 gave the Communists power and influence that far exceeded their support and the positions of the other parties, and which were not even justified by the subsequent election results. Despite some significant concessions made by Imre Nagy in 1953, on Soviet orders, the dictatorship continued undisturbed until 1956. But the Hungarian population could no longer tolerate the rule of the Stalinist party state. On October 23, 1956, student demonstrations took place in Budapest and in several cities in the countryside, joined by large crowds of people, as almost all layers of society were crippled by communism. The revolutionaries called for the withdrawal of Soviet troops, new elections, democracy, the release of political prisoners and the abolition of service.

"During the 1956 Revolution and Freedom Fight, the entire Hungarian nation united to free itself from totalitarianism," said the research professor of the Department of Military Management and Public Knowledge at the Faculty of Military Science and Officer Training in his commemorative speech. Colonel Tibor Balla stressed: sixty-five years on, we know that this was the first and most important event in the attempt to dismantle the Iron Curtain that had divided Europe since 1945.

The Colonel stressed that the former officers of the Ludovika Academy also played an important role in helping the Revolution and Freedom Fight to victory. Béla Király was the commander of the National Guard, Pál Maléter was appointed Minister of Defence by Imre Nagy on 2 November, József Pálinkás was involved in the escort and guarding of Prince Primate József Mindszenty from Rétság to Budapest, and Géza Perjés, a military historian, was a military advisor to the Revolutionary Committee of the Faculty of Humanities at Eötvös Lóránd Science University.

Although in February 1956, at the XX Congress of the Soviet Communist Party, Hrushchov sharply opposed Stalin's policies and announced a mitigation, this did not prevent him from ordering the suppression of the 1956 Revolution and Freedom Fight a few months later. On 4 November, an all-out Soviet military offensive was launched against our country, breaking the organised resistance. The retaliation was not only in the form of internment, death sentences or prison terms, but also in the dismissal of revolutionaries and their families, the deprivation of their pensions, and the constant police harassment that continued into the 1980s.

Following the speeches, the Student Cultural Groups of the University of Public Service commemorated the 1956 Revolution and Freedom Fight by reading works by Albert Camus, István Örkény and Klára Kenneth.