Ambassadors' Forum: the Slovenian Presidency of the European Council 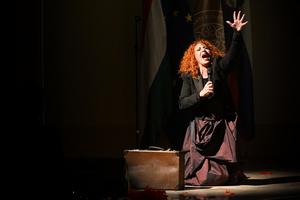 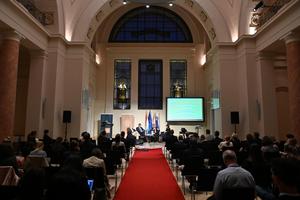 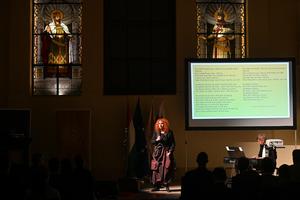 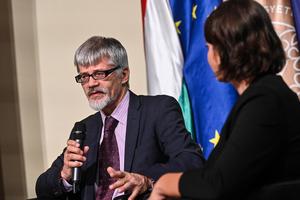 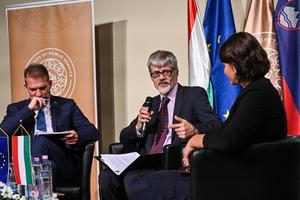 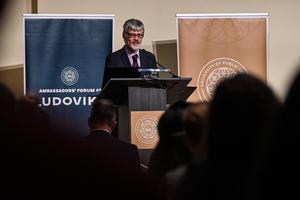 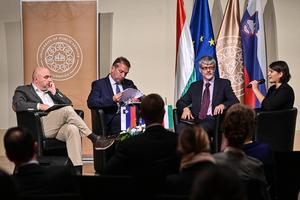 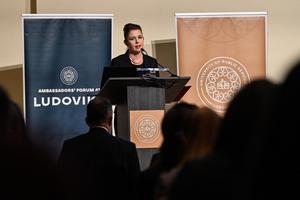 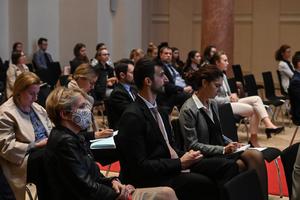 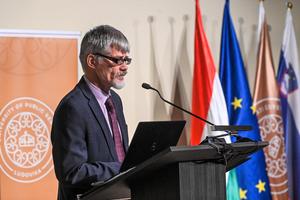 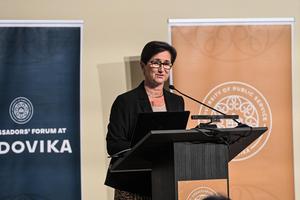 "Together. Resilient. Europe." - is the motto of Slovenia, that is already holding the Presidency of the Council of the European Union for the second time. The topics of the Ambassadors' Forum organised by the International Directorate of the University of Public Service (UPS) were the priorities of the presidency, the challenges that Europe is facing and the issues raised by the Coronavirus epidemic. The event took place on 29 September in the St. László Chapel of the university’s Ludovika Main Building.

The International Directorate of the UPS was once again able to organise the Ambassadors' Forum which has now become a tradition, with personal attendance, with the Ambassador Extraordinary and Plenipotentiary of Slovenia, the country holding the Presidency of the Council of the European Union, as the latest guest. "It is a pleasure to host the Ambassadors' Forum again", said Ms Klára Breuer, Head of the International Directorate of UPS, in her opening speech. In her welcome speech, the university’s Vice-Rector for International Affairs stated, that "it is a special occasion to welcome the Ambassador of Slovenia, that holds the Presidency of the European Council." In addition, Dr. Boglárka Koller spoke about the university's priority education and its aim to train professionals who can pursue a career in the EU.

His Excellency Marjan Cencen, Ambassador Extraordinary and Plenipotentiary of Slovenia, presented the priorities of the Presidency highlighting that important topics were taken over from the previous Presidency, however, every Presidency has to set new ones, as something of its own has to be left behind during the six-month period. In response to what Dr. Boglárka Koller mentioned in her speech, His Excellency noted that the University of Public Service is "the elite in teaching international studies." He then presented the main pillars of the Slovenian Presidency of the Council of the European Union, including the importance of the EU's green and digital transition, and the increasingly urgent challenges of cybersecurity. "Europe is not as safe as we think it is," he added. He also stressed the expected wave of migration from Afghanistan and drew attention to the problem of disinformation caused by fake news.

The presentation on priorities was followed by a round table discussion, moderated by Lilla Viktória Pató, Research Associate at the Institute for European Strategy Research of the Eötvös József Research Centre of the University of Public Service, where the invited speakers analysed the important issues of the Slovenian Presidency of the European Commission and the European Council.

What did Slovenia learn from its previous presidency? - asked Lilla Viktória Pató. "You always have to make the best of everything, we started preparing the documentation before we took over the presidency," replied His Excellency, Marjan Cecen.

Mr Gábor Zupkó, the head of the Hungarian representation of the European Commission said, that the objectives of the Slovenian Presidency should be in line with those of the European Commission, "the priorities presented by the Slovenian Ambassador are in line with the Commission's directions, and it is not only about recovering from the Coronavirus epidemic, but about building for the future."

Hungary's link to the work of the Commission and the Presidency of the European Council was elaborated by Mr Ottó Károly Grúber, the head of the EU Common Foreign and Security Policy and Neighbourhood Policy Department of the Ministry of Foreign Affairs and Trade.

The event was concluded with a cultural performance by the Slovenian chanson singer Vita Mavrič, accompanied by Jaka Pucihar on the piano.