The Instituto Camões in Portugal is our new partner 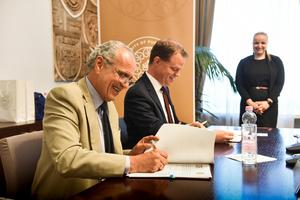 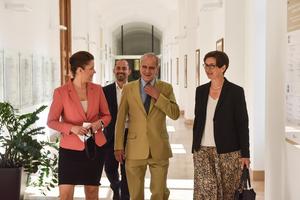 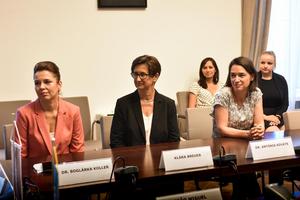 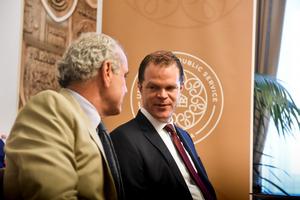 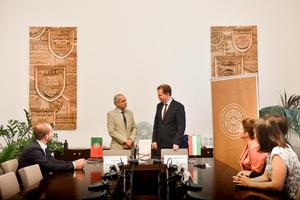 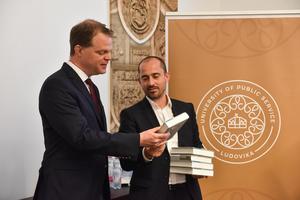 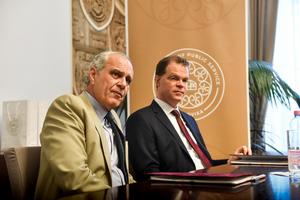 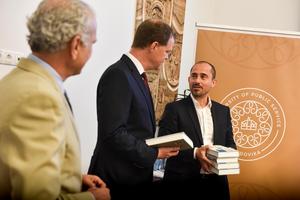 Today, Rector András Koltay received Mr. Jorge Roza de Oliveira, Ambassador of Portugal in Budapest, with whom they signed a cooperation agreement on the teaching of the Portuguese language. This agreement will allow students of the University of Public Service to study Portuguese at university level. Under the terms of the agreement, the Camões Institute will support the introduction of Portuguese as a foreign language for three years from the start of the 2021/22 academic year, thus broadening the range of foreign languages offered by the University of Public Service.

The International Directorate of the University of Public Service has used the Portuguese Presidency of the European Union to raise awareness among university citizens of the 200 million Portuguese-speaking community. The Ludovika television programme "Outlook" featured three Portuguese-themed interviews with Mr Jorge Roza de Oliveira, Ambassador of Portugal in Budapest, Mr João Miguel Henriques, Director of the Camões Institute, Portuguese Language Centre Budapest, and Mr Francisco Ribeiro Telles, Executive Secretary of the Community of Portuguese Language Countries (CPLP). As a result, the International Director initiated discussions with Mr João Miguel Henriques, Director of the Camões Institute in Budapest, to whom special thanks are due for having helped to set up this agreement.

Boglárka Koller, Vice-Rector for International Affairs, Klára Breuer, International Director, and Antónia Kováts, Head of the International Office, attended the meeting. The participants of the ceremony agreed that the signing of the agreement is a good opportunity to strengthen professional relations between the Portuguese-speaking community and the University of Public Service and to lay the foundations for future cooperation.