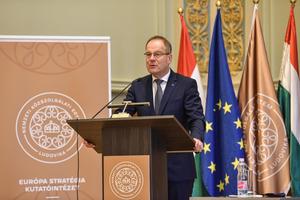 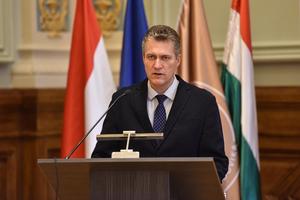 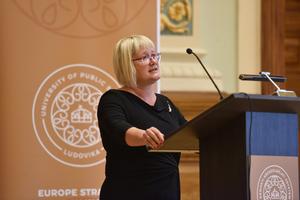 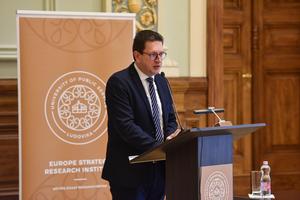 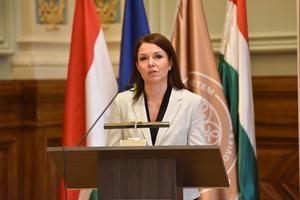 On Friday the Europe Strategy Research Institute (EUstrat) of the Ludovika - University of Public Service organised an online conference about the Minority SafePack Initiative (MSPI). The aim of the MSPI is to call upon the EU to improve the protection of persons belonging to national and linguistic minorities and strengthen cultural and linguistic diversity in the Union.

The European Union has no specific competence in the ambit of the protection of national minorities, and thus, no direct means of protecting minority rights. However, the matter constitutes a real and everyday problem in several Member States of the EU. Therefore, it shall be considered as a legitimate expectation to regulate this area on a European level. The MSPI, which was supported by more than 1.1 million EU citizens, could bring a major breakthrough in this respect. The story of the initiative began 10 years ago in Transylvania, Romania and the proposals of the organizers are currently being discussed and examined by EU institutions. The European Parliament will hold a debate on the initiative in mid-December, after which it will pass a resolution, while the European Commission must publish its position on the package by mid-January next year, deciding whether to initiate legislation in connection with the issue or not.

Tibor Navracsics, Director of EUstrat, told that MSPI has opened a new chapter in the history of European integration and is also relevant in European domestic politics. Up until now, European integration has been centred on economic unity, the internal market and the various related policies, all other political decisions had been secondary, he said. However, MSPI has become relevant to European domestic politics and could change a great many things, not just in the European Parliament and the Council but also within the European Commission itself. European institutions must be confronted with the issues the initiative deals with and they have to come up with some kind of an answer, Navracsics said.

In his presentation, Balázs Vizi, associate professor of Ludovika-UPS, reviewed the history of the protection of national minorities in the EU. The head of the Department of International Law at Ludovika-UPS said that the first real boost in the field of minority protection was the direct election of the European Parliament from 1979, so this hitherto sensitive topic appeared in European public discourse. Another important step, according to the expert, is the Treaty of Lisbon, which introduced the term “minorities” to the primary EU law. Balázs Vizi also spoke about the European Charter for Regional or Minority Languages and the Framework Convention for Minorities, which also helped the process.

Loránt Vincze, Member of the European Parliament and the Chairman of the Federal Union of European Nationalities (FUEN), which coordinated the initiative, said that nearly a decade after its initial launch, MSPI could be considered a “success story”. Vincze said organisers reasoning behind the initiative was that they had felt the protection of minorities was an unresolved issue, and thus, Europe should formulate standards that protect the rights of all minorities on the continent. The issue of Hungarian minorities has been unresolved for a century, he said. According to the Chairman of FUEN, the MSPI is a true sign of European minority solidarity, a milestone in the European minority protection. Minority rights are part of the fundamental rights and they are a European value that need protection, he added.

According to MEP Kinga Gál, the Co-Chair of the Intergroup for Traditional Minorities, National Communities and Languages in the EP, the success of the initiative is also a great thing because it is very difficult to achieve a significant breakthrough in the field of minority protection. She stressed that it’s time that the European Commission put in practice the protection of traditional, national and linguistic minorities and stop applying double standards claiming subsidiarity when it comes to the discrimination of these communities.  “The range of possibilities is large enough, the door is half open, the question is whether the Commission will open it further or try to close it slowly”, she said.

In her closing remarks, Prof. Boglárka Koller, the Vice-Rector for International Affairs at Ludovika-UPS, drew attention to the fact that this is a European Citizens’ Initiative of national strategic importance, which can significantly improve the situation of Hungarian communities living beyond the borders of Hungary. She expressed that the MSPI will also be a test of European democracy.

The online event was moderated by Balázs Tárnok, research associate of EUstrat, who wrote his PhD dissertation about the European Citizens’ Initiative as a possible tool for the protection and promotion of the rights and interests of national minorities.