International Conference on the 90th Birthday of MacIntyre 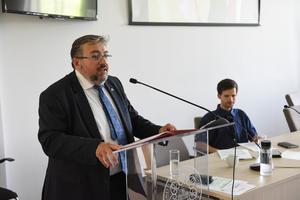 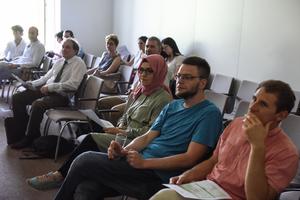 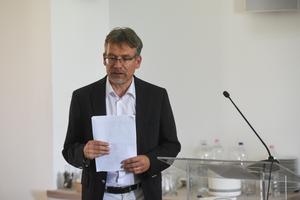 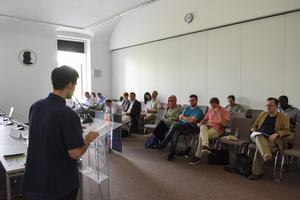 An international conference on the 90th birthday of Alasdair MacIntyre was held in cooperation with the National University of Public Service and Research Centre for the Humanities of Hungarian Academy of Sciences. In his opening remarks, Ferenc Hörcher highlighted the great impact in the fields of moral and political philosophy MacIntyre had. “The main objective of the event is to discuss MacIntyre’s core research interests from a practical, traditional and natural law perspectives.”

MacIntyre is one of the most influential philosophers of our time, and has been working for more than eight decades. His work, After Virtue published in 1970, serves as a basis of today’s ethical thinking, and its impact reaches all corners of social and human studies. His work includes aesthetics, moral philosophy, political theory, metaphysics, religions philosophy, language and education philosophy as well. His greatness comes from his ability to apply the ideas of great thinkers – such as Marx, Aristotle and Aquinas – at the same time. Upon hearing about the conference held in honour of his 90th birthday, the great man sent his regards to the participants and expressed that: “Such conferences provide a great opportunity to further develop my research and to get to know the ideas of other experts in the various scientific fields.”

“We are all here because of MacIntyre. The existence of this conference validates the greatness of his work”, explained Ron Beadle. According to the professor of the Northumbria University, MacIntyre’s work is too important to be dealt with only by philosophers. Furthermore, many misunderstand his work, because it contains deep thoughts. in his speech about how much the philosopher’s work has been misunderstood, Beadle said that “MacIntyre’s work has been cites over 16000 times since 2010”.

Participants for the conference came, among others, from the United States, Turkey and EU member states. Naturally, all presentations centred around the work of MacIntyre, who himself warned the participants, that his work “is not ‘holy scripture’; questions and criticism is what moves science forward”.