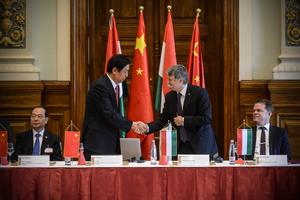 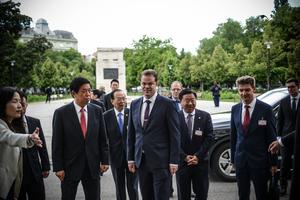 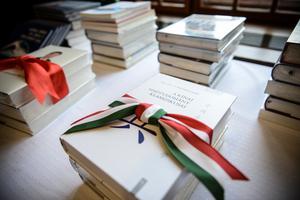 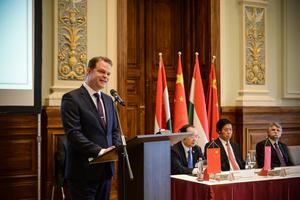 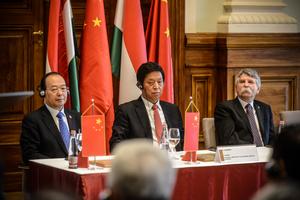 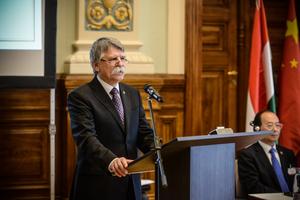 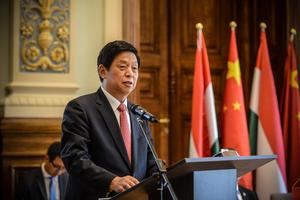 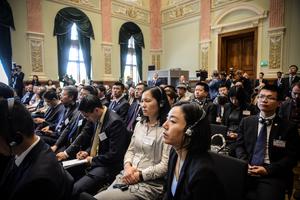 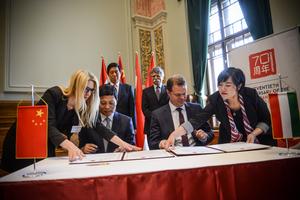 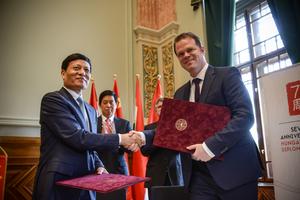 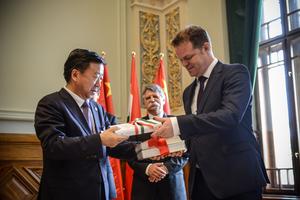 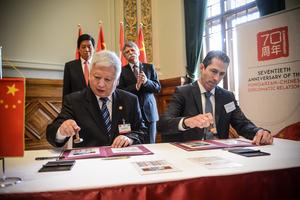 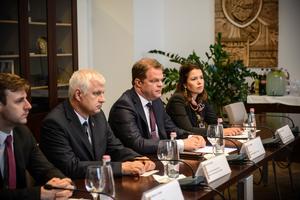 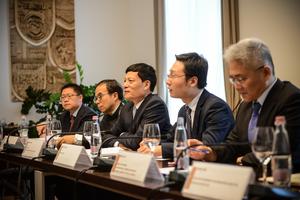 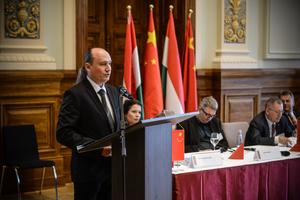 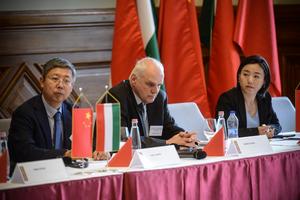 The National University of Public Service hosted a scientific conference on the past seventy years and development opportunities of the Hungarian-Chinese diplomatic relations.

During the conference, László Köver, Speaker of the National Assembly and Li Zhansu, Chairman of the Standing Committee of the National People's Congress held a ceremonious presentation. A memorandum of understanding was also concluded between NUPS and the Chinese Academy of Social Sciences.

Even though Hungary and China have different geographical and social characteristics - the population of Hungary is 10 million while it reaches 1.4 billion in China and Hungary has199 representatives in the National Assembly compared to the three thousand representatives in China - the Hungarian-Chinese relations are based on long-term friendship and mutual respect and NUPS considers it important to further enhance this relationship - said András Koltay, rector of NUPS. The rector added that with the new cooperation agreement, the number of Chinese partner institutions of the university has increased to ten, they have a dedicated department for Chinese studies and NUPS currently has 25 students studying in China with a one year scholarship. “It is our goal to train more and more public servants who know and speak the Chinese language on high level” - highlighted Mr. Koltay.

On 4 October 1949, Hungary recognized the People's Republic of China, which was formed a few days before, and within two days, Hungary was among the first countries to establish diplomatic relations with the Asian giant. The two countries have a good diplomatic relationship ever since which is based on mutual respect. László Kövér, Speaker of the National Assembly emphasized that - according to the 2500 years of Chinese legacy - China plays a big part in achieving balance in international politics as well as in global economy.  He further added that there has been significant progress regarding the economic relations. China is one of Hungary’s biggest trading partner outside Europe which brings high value investments into the region. Chinese companies currently employ around 15 thousands of people in Hungary. He also noted that there are 4 Confucius Institutes in Hungary, there is a Hungarian-Chinese Bilingual School which is unique in the region and China has 11 universities where students can learn Hungarian language. „The signing of an academic and scientific cooperation between the National University of Public Service and the Academy of Social Sciences sets the groundwork for further cooperation possibilities for the partners.” –  concluded László Kövér.

Li Zhansu, the Chairman of the Standing Committee of the National People's Congress also emphasized the benefits of the academic and cultural cooperation agreement between the two institutions. According to him, the two countries have common challenges including climate change, environmental protection, AI and digitalization. The political leader said that the 70th anniversary is a great occasion to further strengthen the bilateral cooperation between China and Hungary.

A memorandum of understanding was also concluded between NUPS and the Chinese Academy of Social Sciences. Furthermore, a unique stamp - designed specifically for the 70th years of anniversary of the Chinese-Hungarian diplomatic relations - was also displayed during the conference. The event also gave opportunity for the partners to exchange book donations, including the “Ancient Chinese Military Classics”, written in Hungarian and published at NUPS. In the scientific section, the guests discussed the success of the seven decades long Hungarian-Chinese diplomatic relations, the impact of Chinese reforms on Hungary as well as the development of economic relations.