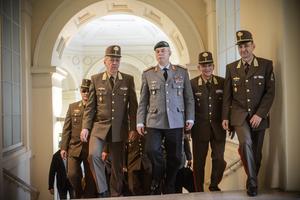 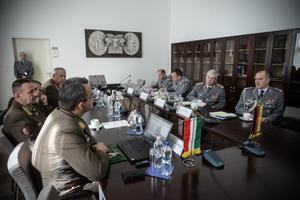 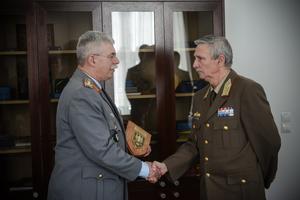 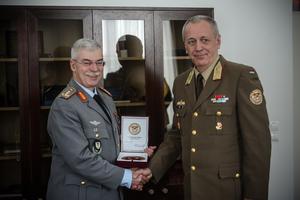 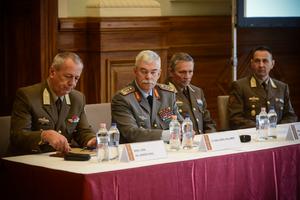 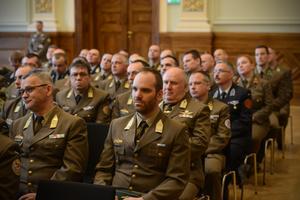 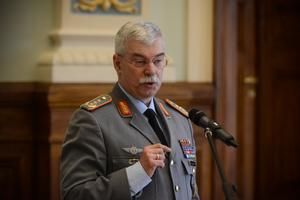 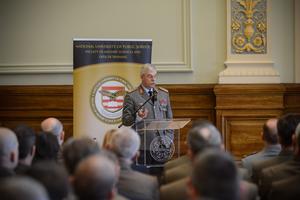 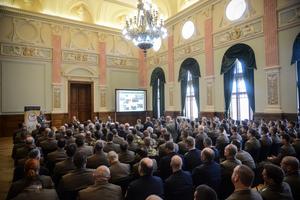 “The future is here and we should be prepared” - stated Lieutenant General Jörg Vollmer, Chief of Staff of the German Army during his visit at the National University of Public Service. The Lieutenant General talked about the major challenges of the 21st century as well as the German-Hungarian relations within both the NATO and the EU. According to him, the reason for an efficient cooperation between the two states lies in the common values that they both represent.

From Germany’s perspective, Jörg Vollmer highlights 3 turning points: “This year marks the 70th anniversary of NATO, the 20th anniversary of Hungary’s NATO membership and the 30th anniversary of the fall of the Berlin Wall” - said the Lieutenant General and added that Germany will always be grateful for Hungary for having opened their common borders with Austria for the East German population. This is a historically significant moment for Germany as it helped the unification of the country. “We will not forget the gesture of Hungary and its support of freedom of choice” - he added. During his presentation, Jörg Vollmer mentioned that the friendship between the two countries is continuous. For instance, Germany and Hungary are good partners in foreign missions and this cooperation should be increased in the future.

“Nowadays, we need to face many challenges. First and foremost, we need to deal with terrorist threats, migration waves, the threat from Russia, the instability of the Middle East region and the failed states”. He also highlighted that since the 2014 Ukrainian crisis, it has become challenging to keep the Alliance together. In 2015, several new threats have emerged, including the Daesh i.e. the appearance of the Islamic State. Although there have been terrorist attacks before, the attacks in Paris and in other countries differ a lot from the previous ones. Suicide bombers have also appeared in Europe, sacrificing themselves to reach their goal. He further emphasized that these days many people in our societies tend to radicalize thus making the identification very difficult. Therefore, NATO must adopt to these news circumstances and must react quicker than before. “We continue to participate in missions, however we should not forget about the threats from East” - said the Lieutenant General. Despite the different historical background, focus points and perspectives of the member states, together they can respond to these challenges.

Jörg Vollmer also talked about the development of the German Army. “The missions in which Germany participates, require many soldiers, energy and capacity. The preparation of these units is not simple, because each mission demands different level of preparation” - highlighted the Chief of Staff.

He concluded his presentation by talking about the role of Germany in the NATO and the German military relations. Last but not least he emphasized that the cooperation is of key importance because the new threats can only be handled by coordinated and unified actions.