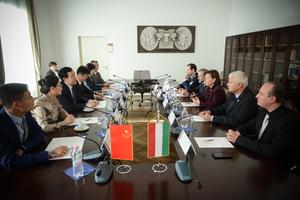 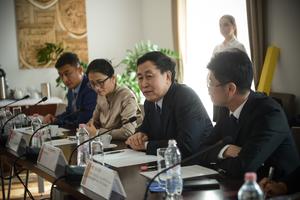 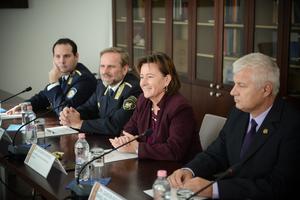 The National University of Public Service is well known for its extended international relationships. A high-level delegation from the People’s Public Security University of China (PPSUC) visited the Ludovika-Campus. The purpose of this visit was to focus on further deepening the existing relations between the two universities, thus enabling the flourishing of these ties.

The relationship between the two universities is not a new one. The agreement of cooperation – initially put in place for 5 years – has come to an end this year. In order to extend this success story, the delegates arrived with the aim of discussing the prospects of furthering this cooperation. At the beginning of the talks the two partners introduced their institutions and their departments, faculties and various training programs. Györgyi Nyikos, the Vice-Rector for international affairs of the NUPS, mentioned the important changes that were enacted at the NUPS. According to her, the new rector András Koltay arrived with new ideas, with his main strategy being the following: enhancing the university’s international relationships. „In the case of the People’s Public Security University of China the continuation and deepening of the partnership is among our priorities” – emphasised the international deputy rector. The relationship between the universities of Beijing and Budapest is mainly concentrated upon on the field of law enforcement.

Péter Ruzsonyi agreed with the importance of the deepening of relationships. The dean has had two opportunities to visit the University in China, where he could make not only friends but he could get useful professional experiences as well. The dean has disseminated knowledge he gained in China with both his colleagues and students. All experiences from the visits contribute to the improvement and rising the standards of both universities.

Luo Zhenfeng pointed out the importance of the relationship. The People’s Public Security University of China would concentrate on the relationship in the field of law enforcement and he would make improvements there. Györgyi Nyikos offered to send documents to the Chinese delegation which include main research topics and our university’s structural build-up plus the detailed descriptions of our training courses.

Overall, the meeting’s atmosphere was positive and much was agreed upon by both sides. Besides professional and scientific cooperation, the partners talked about the development concerning the teachers’ and the students’ mobilities. „It is among our visit’s main aims to increase the teacher/student exchange programmes” – said Luo Zhenfeng. The conditions and the topics of the cooperation were later discussed.