A Game of Geopolitics – Where Practice meets Theory 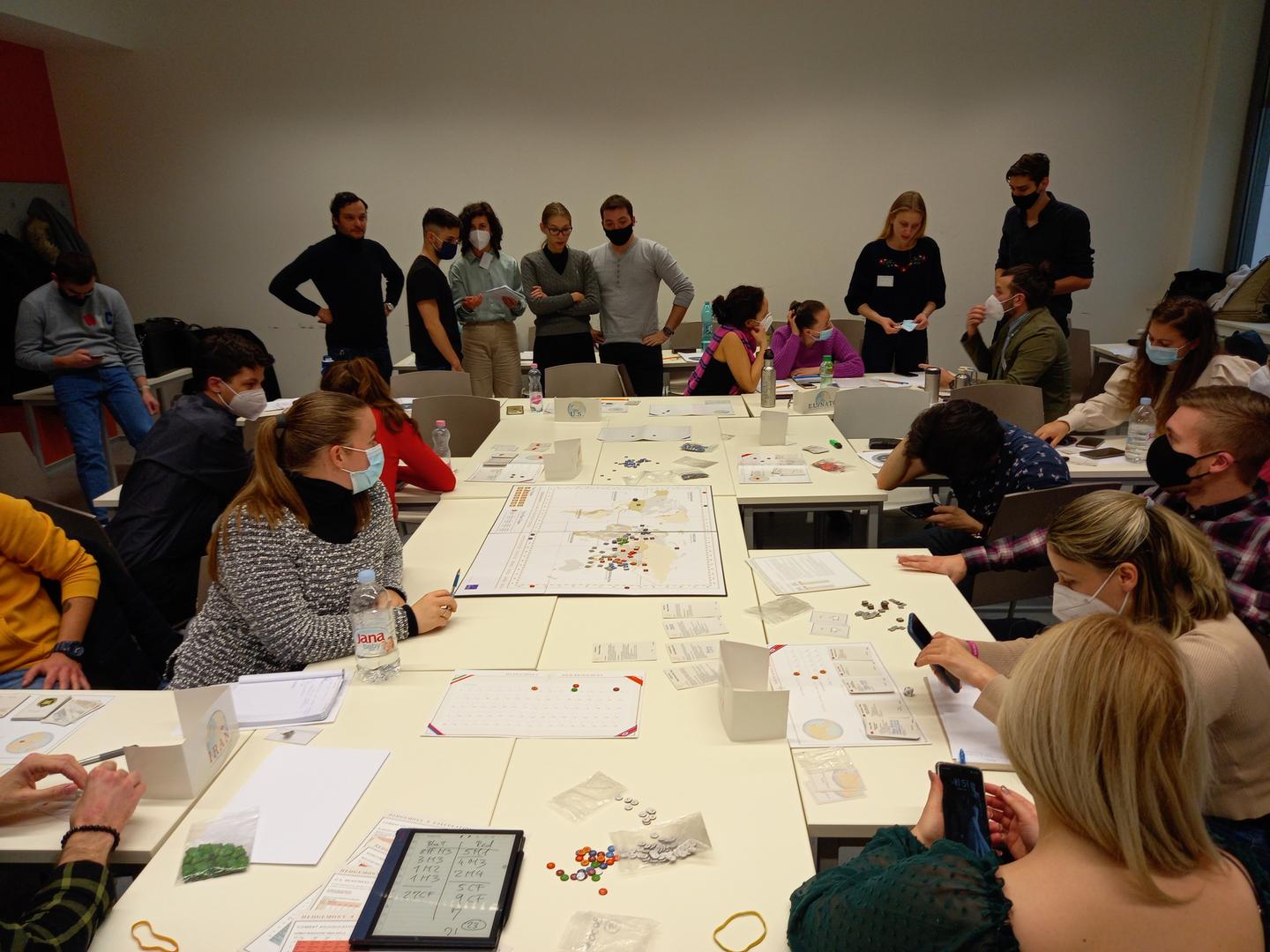 While the morning of 10th of December 2021 was relatively uneventful for the rest of the World, on the Campus of the University of Public Service a fierce global conflict shook the foundations of the Educational building.

After a year of intensive buildup of forces and tumultuous intrigues between global intelligence services, the United States forces in the Pacific have enacted a naval blockade around the Korean peninsula, in order to enforce UN Security Council resolutions against the Democratic People’s Republic of Korea, even against the protest of other UNSC members. North Korea called on the help of its Ally, the People’s Republic of China, obligated by a mutual defense treaty to help in deterring foreign aggression. After being emboldened by a successful hybrid warfare confrontation with EU partners in East Europe in the previous year, Russia has also joined a large naval force to break the allegedly illegal blockade around the Korean peninsula. The combined forces have engaged in sporadic skirmishes, with the US Navy suffering humiliating casualties, forcing it to abandon the blockade. The ultimate result of the confrontation was the emergence of a new hegemonic power in East Asia and the tangible fading of US global dominance. 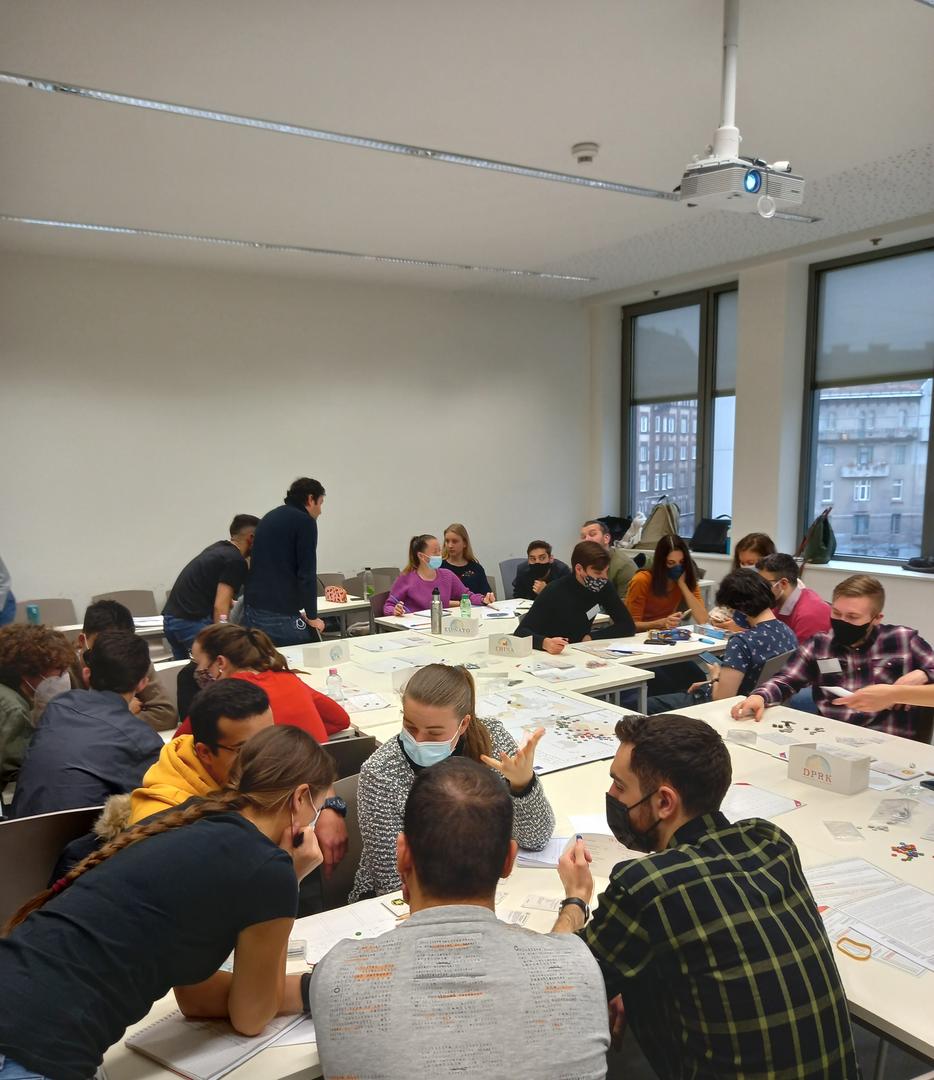 Not to worry, the forces involved were only a handful of game chits, on a large map board of the world. And combat engagements were conducted by the throw of the die. Students of the course “Geopolitics”, Hungarian and ERASMUS students alike, have participated in a Wargame simulation as an optional part of the course curriculum. This has officially marked the first use of “Hedgemony – A Game of Strategic Choices”, an educational wargame developed by Rand corp., mainly for the use of defense policy training (civilan and military alike) and an education tool for Security Studies and Geopolitics. While the rules are complex and the choices usually present all players (the USA, EU/NATO member states, Russia, Iran, China and North Korea) with less-than-ideal options, not to mention a constant need to react to humanitarian and other crises, it is also a relatively fun way to get a personal insight into the strategic options and constants of Geopolitical developments.

As one of my students wrote in his summary report: “… when we were playing this game, we, as a team, had a lot of fun. Furthermore, it is a very demanding game, using your critical thinking capabilities up to the limits. You have to consider chance effects because there is a dice, to evaluate your enemies’ and allies’ intentions because they can hide or lie about them, and determine your moves to fulfill your goals and expectations.”

Hopefully, our December gameplay was only the first in many upcoming sessions where ERASMUS and Hungarian students can test their skills in managing a complex and fragile global order! Or at least have fun trying!