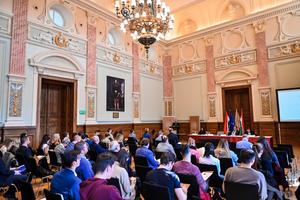 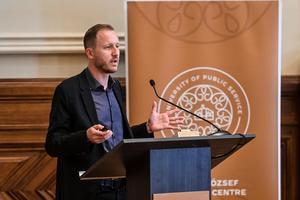 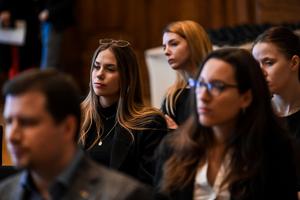 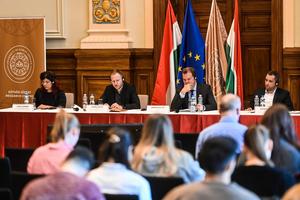 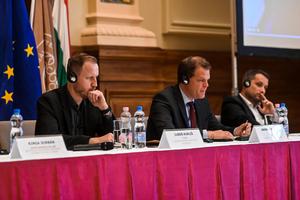 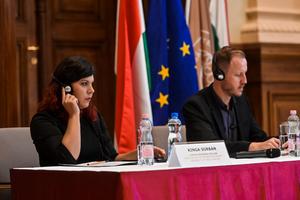 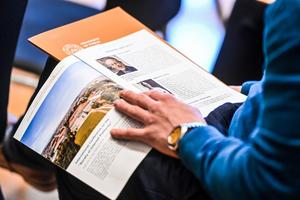 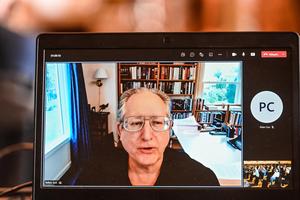 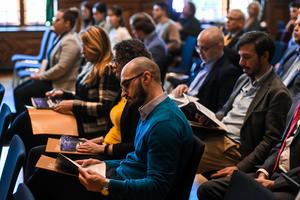 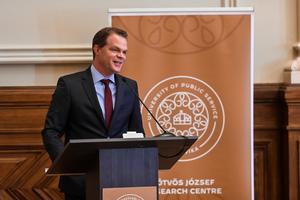 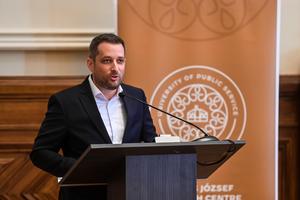 The various social media platforms are the largest part of the digital public sector, although they have only been around for less than ten years, and their aim is to monitor and influence users - this was also discussed on the topic at a hybrid conference in the Széchenyi Ceremonial Hall of the Ludovika Main Building. The event, organised by the Information Society Research Institute, will feature two days of debate on online platforms between European and American experts.

The Society of Internet Platforms event is a "true transatlantic dialogue" between European and American researchers, and the search for a strong regulatory intervention on both sides of the ocean is being the topic's raison d'être, said Bernát Török, head of the Information Society Research Institute of the UPS’s Eötvös József Research Institute. He added that the relevance of the topic is not diminishing, as the social impact of internet platforms is becoming more and more profound. In his opening speech, András Koltay, Rector of the University of Public Service said, that it is an interesting question what role can organisations and governments play in the field of freedom of speech and press, when private platforms are becoming more and more powerful. He pointed out that users often do not encounter views that go against their own ideas, because platforms actually personalise the news through moderation and deletion, i.e. they decide what the user sees in his or her personal news feed. András Koltay called for regulation of hate speech and fake news on platforms, but also said that internet platform providers can restrict freedom of speech and freedom of the press. Regulatory proposals are being worked on in the EU and other countries, but the future is "very uncertain" in this respect.

Jack Balkin, a professor at Yale University in the United States, was an online speaker at the hybrid conference. He said that social media platforms can manipulate, block content and users, and influence people through algorithms in ways that are different from the 20th century. Service providers are looking at users' plans and using them to influence them. He called for a new approach to regulation. Lubos Kuklis, President of the Platform of European Media Regulators (EPRA), spoke about the difficulties of regulation. He said that platforms have limited responsibilities, which include sharing content. He said that regulators are needed at European and national level. The international conference was first organised about two years ago, but due to the outbreak of the coronavirus, it can only be held now.