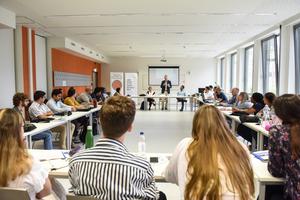 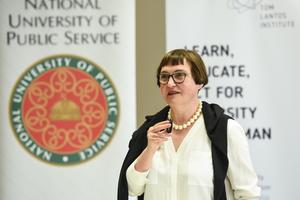 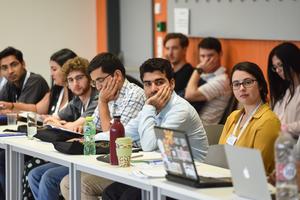 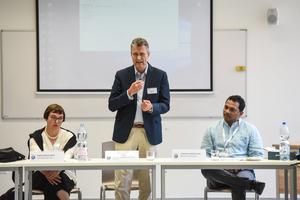 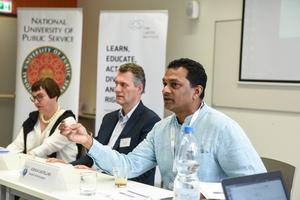 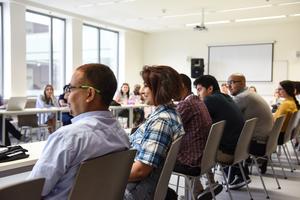 The Global Minority Rights Summer School has been held for the 7th time in a row this year! As customary, this year’s event was co-organised by the Tom Lantos Institute, the Middlesex University London, and the host institution, the National University of Public Service. The 2019 edition of the summer school dealt with minority issues related to the world of jobs, development and land rights, and was attended by university students, researchers and activists from all over the world.

Initiated by the Department of International Law of the Faculty of International and European Studies, and organised by the International Office of NUPS, the summer school provides a unique opportunity in Central-Eastern Europe to discuss international minority issues. Lectures were held about relevant issues by international experts, such as the United Nations Special Rapporteur on minority issues. In her welcoming speech Anna-Mária Bíró highlighted that the location of the event is symbolic as Budapest has been fighting for improving the status of minorities for a long time. “When the Austro-Hungarian Empire fell apart, Hungary lost 2/3rd of its territories”, explained Ms. Bíró. Many Hungarians were left outside the borders, and were criminalised in their “new homes”. The head of the Tom Lantos Institute thus stressed how difficult life was for Hungarian minorities in the last 100 years.

“Minority rights are always relevant”, stressed Joshua Castellino, who also explained how this topic is still considered as the “elephant in the room”. The professor from the Middlesex University London further highlighted that, when it comes to minorities, no country in the world answers this question sufficiently. According to the minority expert, the greatest challenge of our times is climate change, that does only affect our environment, but also influences migration. None of us should turn a blind eye to these issues as we have a responsibility towards both out environment and towards our fellow human being as well, explained Mr. Castellino. “The aim of the Summer School is to provide a platform where the participants can listen to each other, discuss the problems, and try to find solutions to them”, concluded his remarks Joshua Castellino, who also acts as Director of the Global Minority Rights Group.

Balázs Vizi, Head of the Department of International Law, started his welcoming speech underlining how the perception of minority rights has changed lately. “We face problems we have not even thought about before”, added he. Due to increasing income inequality, social differences are growing and economic power is concentrated in only a few hands of the global elite. Ethnic, religion and linguistic minorities, as well as indigenous people were adversely affected by these, they were essentially excluded from the developing and the developed world. Even today, minorities have to face discrimination when looking for employment, which restricts opportunities and results in poverty and economical exclusion. The week-long summer school is focusing on such issues, to better understand the problems and think about possible solutions as well.