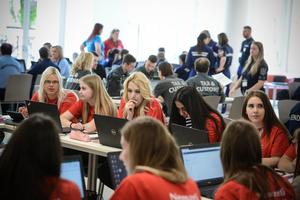 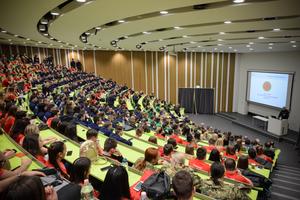 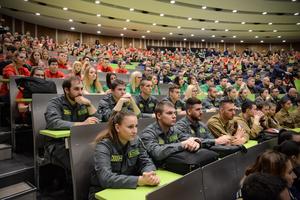 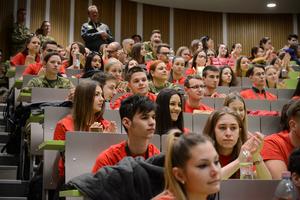 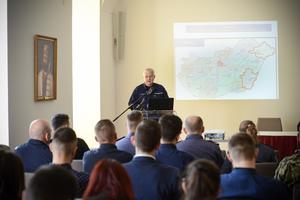 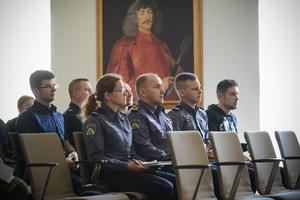 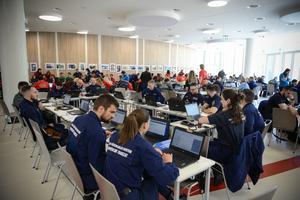 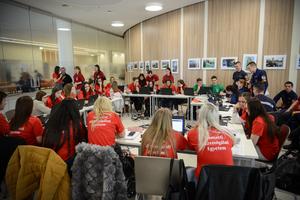 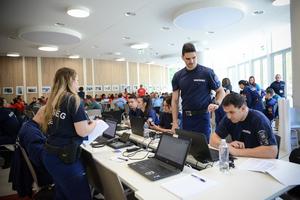 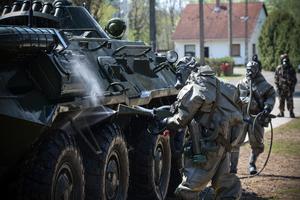 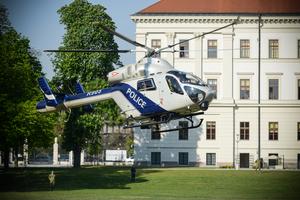 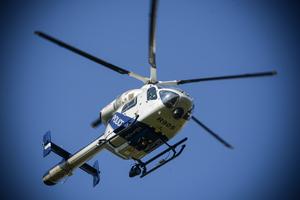 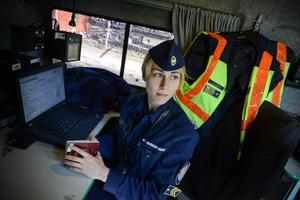 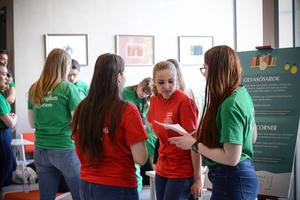 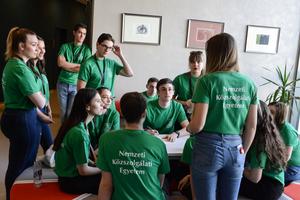 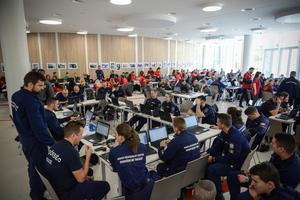 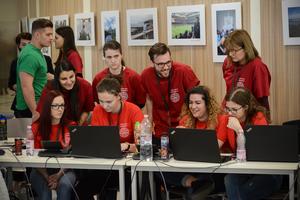 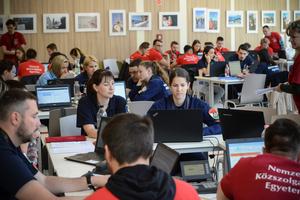 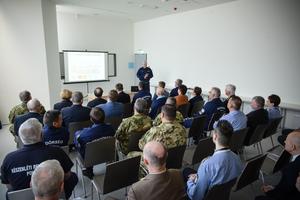 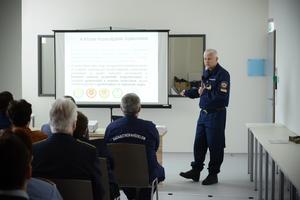 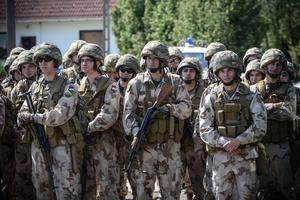 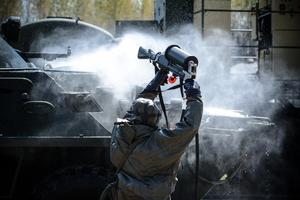 The National University of Public Service organized its traditional, yearly Joint Public Service Exercise with the participation of around a thousand students. This year, the central topic of the two-days Exercise was to prevent the spread of a presumably bioterrorism induced epidemic infecting both humans and mammals, and to manage the emerged situation. In 2019, the Exercise continued to provide a great opportunity for students to work together with other students from different service branches.

According to the scenario, an unknown virus strain has emerged at certain parts of Szabolcs-Szatmár-Bereg and Békés counties. The virus is causing major losses within the mammal livestock in a geographically well-defined area. The virus also poses a threat to humans, and in many cases serious diseases have occurred and these two counties are the epicentres of the outbreak.  During the Exercise, students reacted to the epidemic outbreak, they practiced law making processes, worked with defence and disaster management forces and modelled the process of declaring the emergency, and the process for introducing the emergency.

“Our institution has been organizing the Joint Public Service Exercise since 2013, which is an important programme for the students to practice complex issues and to acquire experience in complex professional situation as well as to practice their leadership skills” - said pol.brig.gen. Dr. Gábor Kovács during the event opening. Dr. Kovács added that all five Faculties of NUPS actively participated in the conduct of the Exercise where they received further assistance from national and international partner institutions. This year a research paper will be published in which authors will analyse how the Exercise affects the cooperation between service branches and civilian students and how this cooperation evolves. He highlighted that ten international partner institutions (from Austria, Slovakia, Croatia, Czech Republic and Poland) with a delegation of around 40 people also joined the five-stage Exercise.

The Faculty of International and European Studies was represented by 110 students and 7 lecturers. Mr. András Hettyey, senior lecturer of the Faculty, said that the students of the Faculty represented different national and international organizations, produced reports and informed partner countries about the situation with the aim of assessing how farther countries (China, Russia) would react to such situation.

Based on the briefing of pol.col. József Ball, the Faculty of Law Enforcement was represented by 250 students and 19 lecturers during the Exercise. The associate professor of the Faculty of Law Enforcement highlighted that students from several specialisations attended the Exercise, where they had to carry out various tasks. For instance, they were involved in  temporary border closure, they secured medicine delivery and issued visa.

The students and lecturers of the Faculty of Water Sciences also took part in the Virus 2019 Exercise. Mr. Zsolt Cimer, Vice-Dean said that environmental engineer students, in addition to the cooperation with other partner institutes, executed professional tasks such as measuring water velocity and carrying out analytical tests.

Regarding the Faculty of Science of Public Governance and Administration, 210 students attended the Exercise to enhance cooperation and management skills. For example, members of the cyber-media workgroup proposed that, in order to avoid general panic, access to social media sites should be limited during the emergency situation due to the potential spread of misleading information.

The Faculty of Military Sciences and Officer Training was also represented by more than 200 students who were mainly conducted the Exercise in the field. Col. Tibor Horváth said that the students operated a control point at the training base in Ócsa, carried out patrols and participated in chemical protection tasks.

More information about the Joint Public Service Exercise 2019 will be published in the May issue of Bonum Publicum, the university’s magazine.