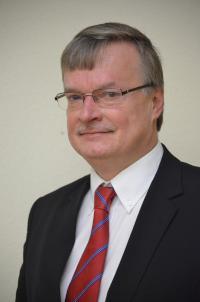 Dr. Horváth graduated at Eötvös Loránd University, Faculty of Law in 1986 and at the Faculty of Humanities in 1987 in History. Since then he has been teaching Hungarian and respectively European constitutional and legal history. He participated in the foundation of the law faculties of the Pázmány Péter Catholic University and the University of Győr. He has been Head of Institute at the Faculty since 1 September 2013. His research fields are Hungarian historical constitution; history of Hungarian private law; history of Hungarian commercial law; legal history of Hungarian companies; legal and constitutional development of Hungary after 1945, and conceptual trials. He has more than 100 publications (course books, books, studies published in books and reviews).
Dr. Horváth has been asked to be an expert for several documentaries and has made media appearances as well. He has been an Advisor to the Prime Minister for many years. He was awarded by the President of the Hungarian State with the Gold Honorary Cross of the Hungarian Republic on 15 March 2011 and also received the title of honorary citizen of the 16th District of Budapest the same day two years later. He was given the Memorial Medal of Mindszenty by the Mindszenty Society on 3 November 2012.

Law is always in a continuous change and transformation. The change of the social environment has an influence upon the law; even if its outer appearance remains unchanged the practice would explain the meanings of the legal rules differently.

Therefore law is the result of a historical progress. It has its roots in the past and influences the present as well. To the completeness of the legal knowledge and the understanding of the legal institutions the knowing of legal history is of an immense importance.  To take a short glance into the legal rules is not enough, therefore the legislative process, the development of the law, the legal system’s inner lawfulness and the social conditions it is embedded has to be examined as well. Thus, Constitutional and Legal History is the science to analyze the different legal institutions in their historical aspect. This science is responsible for the research of the general legal changes and the reasoning of the tendencies of change.  It helps the effectiveness of law and its better understanding by the research of the development of legal institutions. Why were these legal institutions born, what kind of economic, social and even moral conditions led to their development? The content of the law is different from time to time and its different according to the history of state, therefore the research based on comparative approach is necessary in order to find out the effect of one legal system to the other.

Legal history is useful for political sciences, too. Politics always intends to change law, even if it also wants to preserve the acts of law. Politicians are always led by their intent to have their ideas come true and involved in legal acts.

Furthermore, Constitutional and Legal History –as part of cultural history – is responsible to present obsolete legal institutions that don’t exist nowadays (e.g.  Witchcraft trials, ordeals, torture, serfs, privileges, law of the firstborn etc.) but make an organic part of our historical past. Hungarian legal culture is incomplete without these legal institutions and the real knowledge of law can be complete only by the knowing of these institutions.

It analyses the ideas, content and development of legal acts on the one hand, but it also has to research how these legislative acts influenced society, judicial practice, public administration, politics and morality on the other hand, too. The latter gives a real answer to the effectiveness of legislation.

The most important mission of the Institute of Constitutional and Legal History is to familiarize the future functionaries of the state and public administration with the achievements of the historical constitution and to strengthen their national identity.