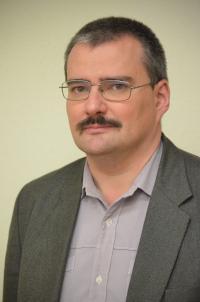 Professor Halász is a historian who (earning his PhD at Eötvös Lóránd University in Budapest in 2001) and a lawyer (earning his PhD at Charles University in Prague in 2012). He done his habilitation in legal sciences at Eötvös Loránd University in 2012, and in Slavonic studies at Charles University in 2013.
He is a lecturer of the Faculty since 2002 and is currently head of the Institute of Constitutional Law. His main research fields include comparative constitutional law, electoral law, migration and citizenship issues, state-building and international civilian crisis management, legal history and development of Central Europe.

The Institute finds it critical to interact with foreign colleagues in international research projects, currently members of the Institute work together with professors working at Yale University, University of Sorbonne or the Max Planck Institute, Heidelberg, Charles University, Prague and scholars from neighbouring and Visegrad countries.